Great Barrier Reef Bleaching: Too Early to Give Up

The world largest living creature - the Great Barrier Reef of Australia - is now in a critical state due to a continuous period of illness caused by climate change. It desperately needs help but we can't give up on it and should do our best to save the natural wonder of the world.

The formation of the GBR started as early as 25 million years ago when tiny anemone-like animals called corals began to form their colonies. They worked tirelessly and built themselves a home of 2,900 individual reefs and 1,050 islands that now stretches 1,400 miles long. The GBR is bigger than the UK and its population is even more diverse than that of Europe: it is home to 450 species of coral 3,000 species of mollusk, 1,625 fish species, 30 species of whales and dolphins, and even 220 bird species! 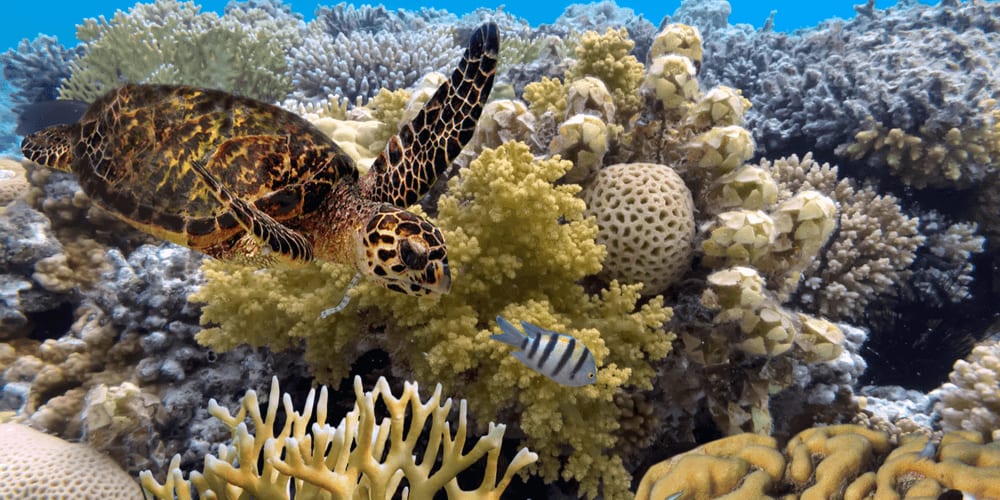 Natives hunted and fished in the labyrinths of shallow-water reefs and atolls for millennia. Everyone who has seen the kaleidoscope of the GBR's color admits it is the most thrilling adventure of their life. The only person who did not share the excitement was Captain James Cook, who tried - and failed - to navigate through the deadly maze of "rocks that rise abruptly like a pyramid from the bottom." But it was his shipwreck that brought the Great Barrier Reef to the spotlight and left it there forever. Mariners of the past hoped that future generations will have a chance to admire and treasure the richness and beauty of the formation. However, the influence that humans are nonchalantly producing on the environment couldn't but take its toll on the Great Barrier Reef. 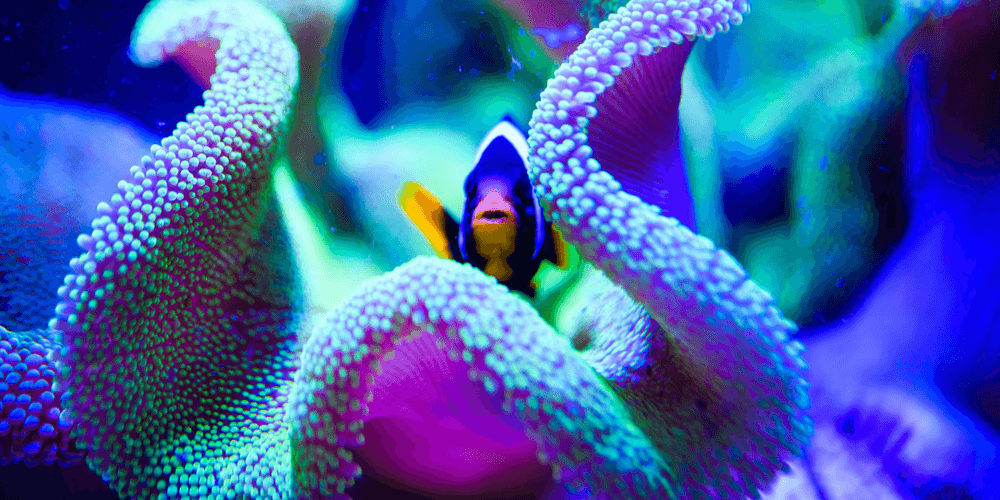 Corals are known for their mind-blowing diversity of color. They live in symbiosis with algae which are responsible for the brightness and multitude of their shades as well as for their nourishment - algae resort to photosynthesis to feed themselves and produce sugars in the process. Corals, in their turn, have a sweet tooth, so they feed on these sugars. When the water temperature runs too high (which is a common occurrence now, due to El Nino and overall climate change) algae start producing too much oxygen, which is toxic for coral, and the latter has to eject the algae to survive. This process is known as bleaching (no algae means no color, and corals are naturally white). But the catch is that without algae corals have nothing to feed on. However, corals can wait for the water to cool down and then employ new algae and recover. If they do not do this, they will die within a few months. 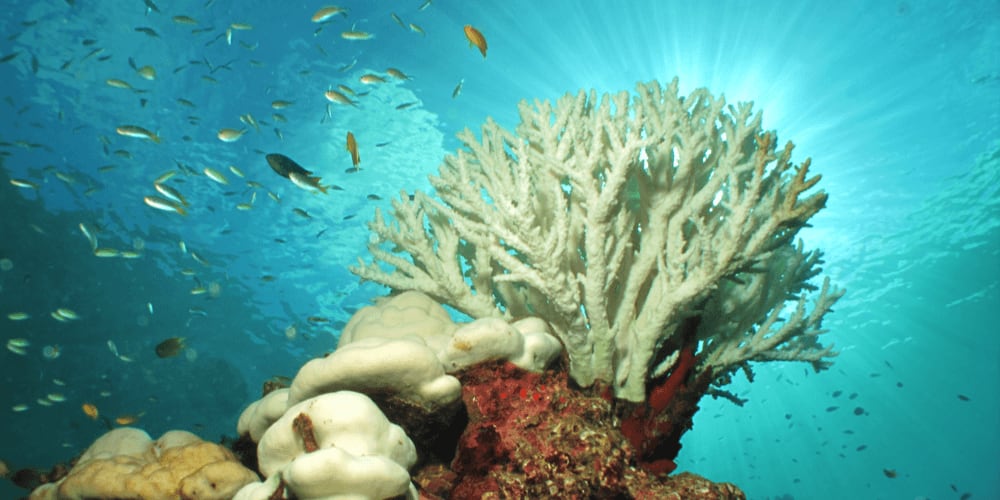 The above picture represents a bleched colorless coral vs a healthy, fiery-orange coral.

The first noticeable temperature spike occurred in 1981 but it was only in 1997-98 when the Great Barrier Reef experienced a really severe mass-bleaching event. The next came in 2001-02 and another in 2005-06 and at about the same time it became obvious that the GBR was not only suffering from the warming of water but from the increased acidity of it as well - the acid began to dissolve the living coral.

The year 2016 brought another severe blow - this time mass-bleaching impacted 93% of the reef. Luckily large sections of the GBR escaped damage and are now in reasonable shape. It's a life-threatening disease, that's true but it's too early for an obituary yet. 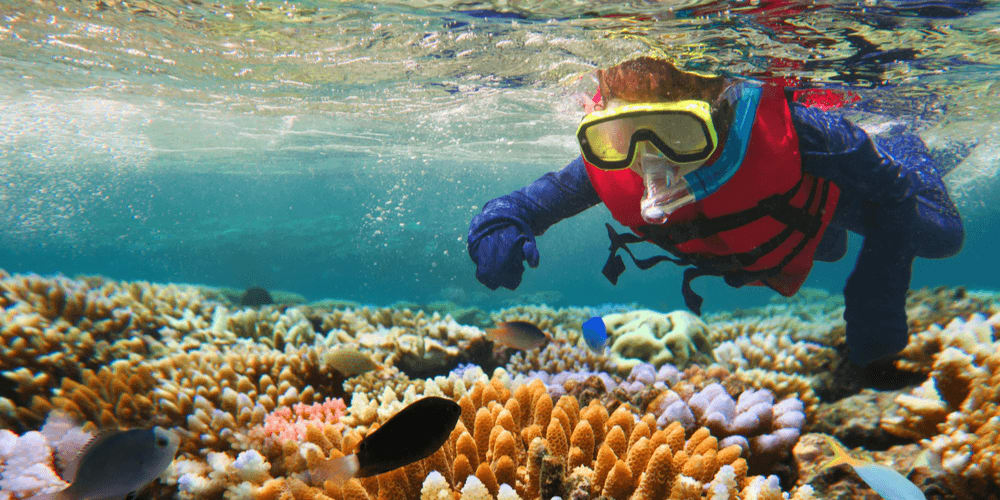 No one will deny that the Great Barrier Reef is in serious trouble and that humans caused it all by themselves, by behaving as though they owned the place, and not enjoying nature's generosity and hospitality humbly. But the Great Barrier Reef is still alive as a whole ecosystem. Only 22% of it died due to the bleaching, which means that over two-thirds of the reef is alive and kicking, and we still have time to help it recover.

The situation is quite urgent, though. Warmer ocean waters and climate change have affected corals all around the globe. But natural systems are resilient they known how to heal themselves; we only need to help them a little. And overstatements made by reckless journalists about the death of the GBR and the state of the planet, in general, are poisonous because they make people lose hope. "Why would I do something if it won't help?" everybody thinks. But it will. It's not too late yet, it's early to give up on the GBR!